Is Michigan Elite Strength right for you?

Ask yourself this, am I willing to put in the work necessary to reach my goals? The easy answer is, “Yes!” But there’s a reason why most members at gyms give up on their goals within the first 3 months. Instead of selling you on the idea of quick strength gains or fast weight loss, I want to sell you on the principles of hard work and dedication. These are the 2 guiding principles that will determine 100% of success in either obtaining your goals or quitting early. Why I am so firm on these qualities as your base for success is not only will these determine your success in our facility, but these will be the guiding principles that determine your success in every facet of life.

Unfortunately watching TV, we believe there is a quick fix to becoming and healthy and strong again. If your willing to dedicate yourself and are determined to reach your goals, I promise I can help you achieve success. Before signing up remember, this might be one of the hardest physical goals you’ve attempted thus far. But I will be there every step of the way to guide and help you accomplish goals that before were only a dream.

What is our Philosophy?

What I love about the barbell is it caters to no one. If your goal is to lose 20lbs, pick up your child off the floor, be the hardest hitting linebacker on the field, or improve your health and mental strength, the barbell is the catalyst that will get you there.

Now the differentiation is programming. A high school athlete will have a vastly different training program and intensity then a mom who wants to be strong and healthy to play with her kids.

The beautiful part of the barbell is every single movement can be scaled to fit the individual at their current experience and fitness level. The barbell is training for real movement patterns in life and not a single movement in one plane of motion that a typical machine replicates.

Coach Collin brings a unique set of skills to coaching that are rare in weightlifting. His knowledge in the field and experience in competing and being an athlete himself has led to a very successful approach in coaching and programming. He received a Bachelors in Kinesiology – Strength & Conditioning and also has competed at the highest level of national competitions medaling multiple times.

He is blessed with an amazing and supportive wife, and a little baby boy, Boone who learns more about this world every day! He loves living out in the country with his family and working hard to build a homestead with his family.

Where did my passion begin?

The day after football Junior year in high school was the first time I dedicated myself 100% to a goal of working as hard as possible in the weight room to prepare for next year. Training was all over the place with exercises, movements, and intensity but one thing remained the same, showing up every single day. I never realized this small step would create a fire inside to become the best I could possibly be. Through training with the barbell, my athletic achievements continued to grow. Soon my strength and power development were placing top in the country in various tests and competitions. I say this not to brag about my achievements, but to spark a passion in others to dedicate themselves to accomplish something they’ve only ever dreamed of. I was able to vertical jump over 40 inches, 4.36 laser-timed 40yd dash, back squatting over 570lbs and power cleaning over 370lbs while weighing under 200lbs. These achievements were directly accomplished through strength training and Olympic weightlifting. After spending thousands of hours refining my skills, I’ve learned how to maximize an athlete’s potential and crafted my coaching to achieve results.

Now the only question left, what will you be able to accomplish? 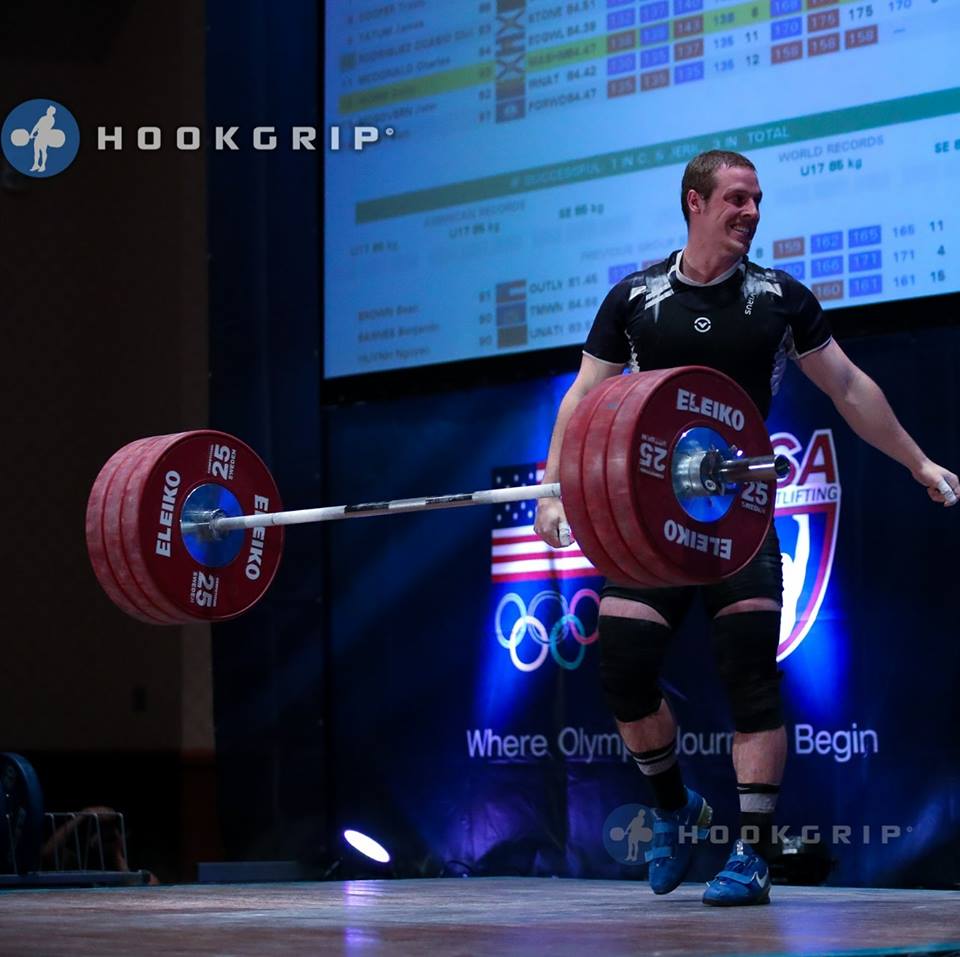